The A-Z Of You And Me 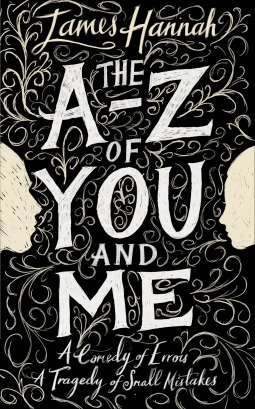 The A-Z Of You And Me
Rating: 4/5
Buy or Borrow: Buy
Source: Copy courtesy of the publisher!

Ivo fell for her.
He fell for a girl he can’t get back.
Now he’s hoping for something.
While he waits he plays a game:
He chooses a body part and tells us its link to the past he threw away.
He tells us the story of how she found him, and how he lost her.
But he doesn't have long.
And he still has one thing left to do ...

We start off merely knowing Ivo is dying in a hospice, and his nurse gives him a little game...find a body part to match each letter of the alphabet, and with each body part, we learn more about Ivo as he gives us a memory related to that body part, as well as small sections of his time in the hospice in the present day with visitors and so on.

I want to first state that while this book did make me cry at parts, it's not a depressing book at all. Seriously. I even had a small chuckle here and there. The book is fantastically written, it was like a mystery unfolding as you're trying to work out what exactly went on in the past, and putting the pieces of Ivo's life together, I sped through this with no problems, other than I couldn't predict what was going to happen and found myself being surprised at every turn.

You see all of Ivo's mistakes and how his decisions contributed to them, and it makes you think about your own life, and what you're doing and how something you do could end up affecting your life later down the line. I enjoyed the way the book looked at and portrayed relationships, the different ones you have and so on, and how they change your life and add to them and so on. They where all very well written.

The game being used to tell Ivo's story could have gone very, very wrong, but instead it went so right, and it's hard to believe this is the authors debut novel, the device for telling Ivo's story is fantastically well executed and I can't imagine Ivo's story being told any other way, it just wouldn't work! The story has a fantastic pace, flowing through until the end, and it's an end that fits the book so perfectly, and fits Ivo.

I also feel I should mention he book showcases just how fantastic a job hospices and their staff do, it gives such a positive outlook, and I really enjoyed Sheila as a character. Not to mention Amber, I found that an interesting relationship. I felt like each character was very well written, each had more depth than you first thought, and you learn more about other characters as well as Ivo, as the story goes on. There's more than meets the eye with this story and its characters.

This book is beautifully written, original, and heart wrenching as well as uplifting, and it really makes you change your outlook on life and look at your own relationships with people.
Posted by Alisha at 10:00

Email ThisBlogThis!Share to TwitterShare to FacebookShare to Pinterest
Labels: Fiction, James Hannah, Tear Jerker, The A-Z Of You And Me