Shakespeare has just had his 400th birthday/death day and everyone's gone a little bit Shakespeare mad! Which is all good, but not everyone finds Shakespeare that easy to read and understand. Fair enough, while at school we had to read Romeo and Juliet and Much Ado About Nothing and while I read them, I still didn't quite grasp them. Watching the Leo DiCaprio R+J movie helped a little bit as did watching both Much Ado About Nothing movies but I still felt like I was missing something. Even seeing Shakespeare at the theatre didn't help me all that much, I mean I LOVED seeing them at the theatre, Hamlet, Macbeth, Midsummer Nights Dream, we saw all of them and in Drama had to act out some of Hamlet. I find it difficult to act if I don't understand what I'm saying so I didn't do too well at that! Watching it I grasped as much as I could but I still felt like some of it went over my head. I remember having a dictionary in easy reach whenever we did Shakespeare at school, I found the language difficult to understand and hard to understand what was being said and I'm not ashamed to admit it. I'm fairly certain I'm not the only one who has this trouble with Shakespeare, but really wants to enjoy it/understand it as much as everyone else! Never fear...I've found the solution! "Calm down, dear sir, it's powder puffs at dawn."

I present to you....The Incomplete Shakespeare by John Crace and John Sutherland! So far only two have been published, Romeo and Juliet as pictured above, and Macbeth as pictured below! I'm going to straight up tell you that they are absolutely brilliant and I loved every single page, I actually wished they where longer! I'm not sure whether every single play is being done or just the "big ones" as it where but in October the publisher is releasing Much Ado About Nothing and Hamlet and I'm already excited! I mean...they have beautiful, eye catching covers, and they help you understand Shakespeare! It's brilliant, whether you're about to be doing Shakespeare in school and have no idea what he's on about, or if, like me, you want to love Shakespeare as much as everyone else! "Lady Macbeth isn't at all well. She's sleepwalking every night and her OCD is completely out of control."

Funny from the start, you end up being completely engrossed in what's going on, while laughing out loud at some of the lines! I liked how the more famous lines where left in tact, I mean, a lot of it is how it is in the actual Shakespeare play (I checked), but they're shorter, all the waffle has been cut out and it's the bare basics/necessary points that you need, to understand what's going on. Some of the lines of the play have been "translated" as it where, in to language we can understand. I actually found Romeo and Juliet funnier than I probably should have, and I kept chuckling at lines and re-reading them. I also went and read both plays after reading these two Incomplete Shakespeare books and I understood what was going on waaaay better than I ever have before! It should also be said that while both of the books where funny, and witty, I liked that Crace and Sutherland weren't afraid to point out when things within the plot weren't properly explained or elaborated on. "Well f*** me sideways; if Romeo isn't up for a ruck then I certainly am."

Both of the books are laid out perfectly, the lines from the play are written in a good size font, each act takes up only two or three pages, or in some cases...one! I love how big the text was, it wasn't tiny and hard to read and all crammed in and daunting, the size of the text also helped with the layout because it made it easy to put each note with each line. What notes am I talking about? Well that's the other brilliant attribute these editions have...they have notes. There's the text from the play on the right pages, and the notes on the left pages. The notes are completely brilliant, they're informative, they add context, thought and humour to the plays! You get context about when they where written, why and why something may have been added or changed. For instance, in Macbeth the witches where included, not because Shakespeare believed in them, but because the king at the time did, ya know the one....the pyro who liked burning people and wrote his little witchy book? That one! I also found the reasoning behind the weather in the two plays, and the settings very interesting, particularly Macbeth! They tell you a bit about how the plays would have been staged in a theatre of the time and how things would have worked and so on. 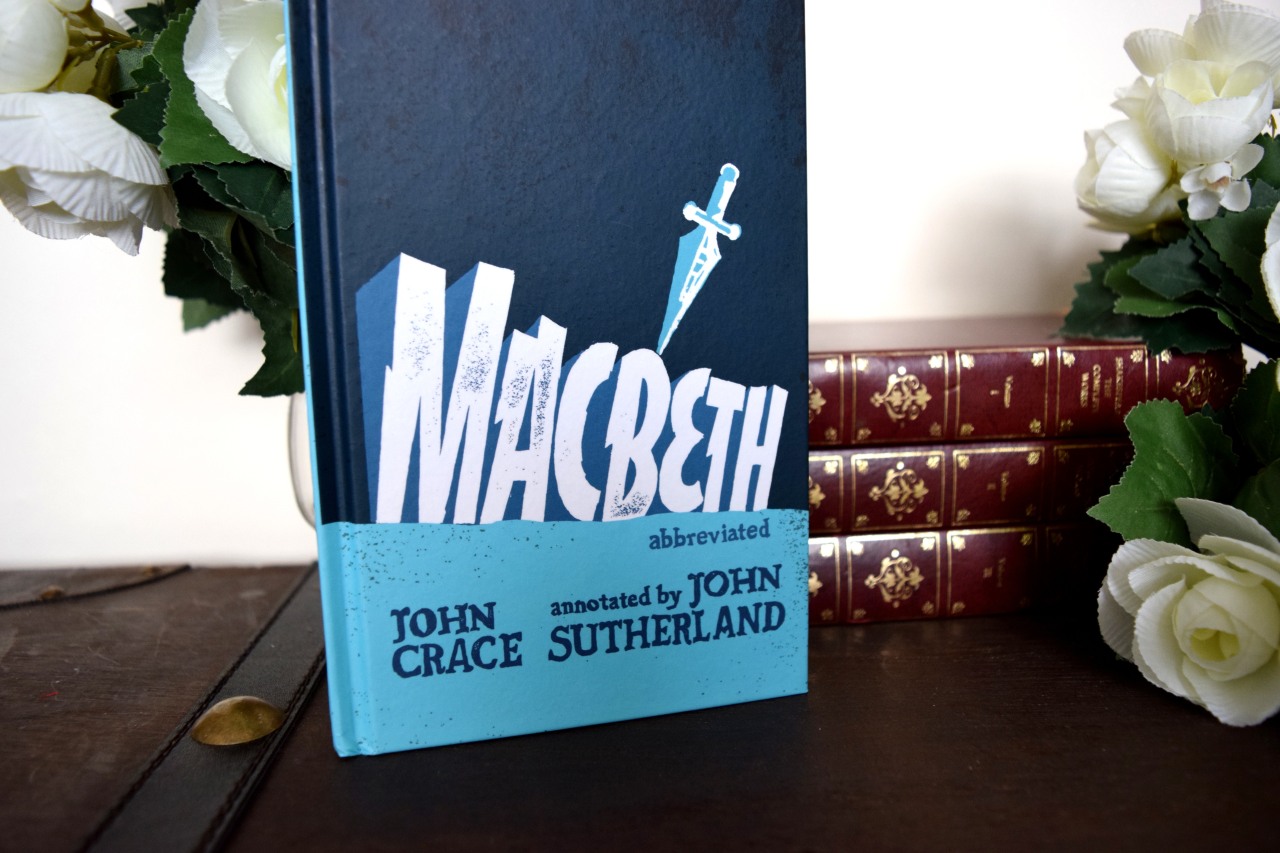 "This pleaseth me not. All these damned ghosts dead ringers for dead Banquo's ugly mug."

Macbeth is the one of the two most altered to please the monarch of the time. I mean there's a scene missing from Romeo and Juliet because Shakespeare didn't feel like being killed when he wrote it, and some other bits to do with religion, but Macbeth has the most changes. He's changed history with Macbeth and the differences are noted, and you find out all the little bits changed or missing to please the King! The notes give you tidbits about the Bard himself, they pick up on things you may have missed, like the use of time in Romeo and Juliet, and they help you to truly understand how clever Shakespeare is! Combined with the changes to the play text, and you come away with a greater understanding of the two plays, and the man who wrote them, as well as eager to give the unaltered Shakespeare another crack!