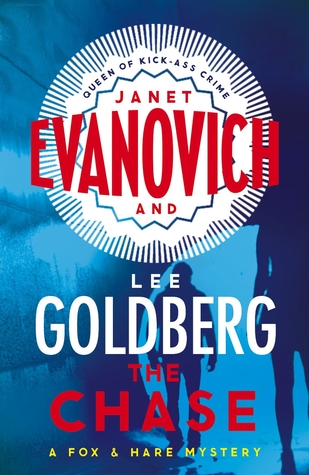 There's an artifact the Chinese would like returned to them in the Smithsonian. Except the US can't give it back because it happens to be a reaaaally good fake, due to the fact the original was stolen. Fox and O'Hare are teaming up once again, once they obtain the identity of the thief of the Rooster, things become....slightly more difficult. It turns out that he's the former White House chief of Staff, Carter Grove, who's the leader of BlackRhino security, a private security firm made up of ruthless killers. Getting the Rooster back is going to require a mid-air heist, but that's not the hard part. When Grove discovers he's been robbed, he wants his Rooster back. And revenge. Then there's the fact Fox can't let it go that Grove just so happens to have a large collection of stolen goods from some of the biggest thefts in history. You know what that means? Fox and O'Hare are going to take him down....

I appear to be in a small minority of people who did actually rather enjoy this book, I thought it was quite good fun, and an easy read! Unfortunately I haven't read the first book, but I found it easy enough to understand what was going on, what had gone and so on, you could quite probably read this as a stand alone, because previous events are mentioned.

The Chase is action packed from beginning through to end, there's never a dull moment. The plot keeps steaming on, they pull of the heist and their mission, but then something else happens, and it's a big, rolling adventure. Fast paced, we go on an adventure along with Nick and Kate, and you're never quite sure what's going to happen next.

I'm fully shipping Nick and Kate and waiting for them to get together. I mean....they have to, right?! They go so well together, and the banter had me chuckling, and it really reminded me of Castle and Beckett, not to mention the show White Collar in general. Not to mention the Oceans Eleven of it all with the team! Admittedly it's a team of oldies, an actor and a tech genius, but still! I loved Boyd, as an actor, I really enjoyed him and found myself chuckling along and agreeing with him!

The setting is vivid, the characters have depth and the narrative is entertaining and engaging. Not to mention the work gone in to how to pull off the heists! The book takes you all over the world, with our rag tag group, there's bad guys, dodgy assassins, and sinister threats over frozen yogurt. There's danger and suspense everywhere, and this book won't fail to make you laugh.

Roll on the third book in the series! Excited to see what's going to happen to my ship! ;)
Posted by Alisha at 10:00