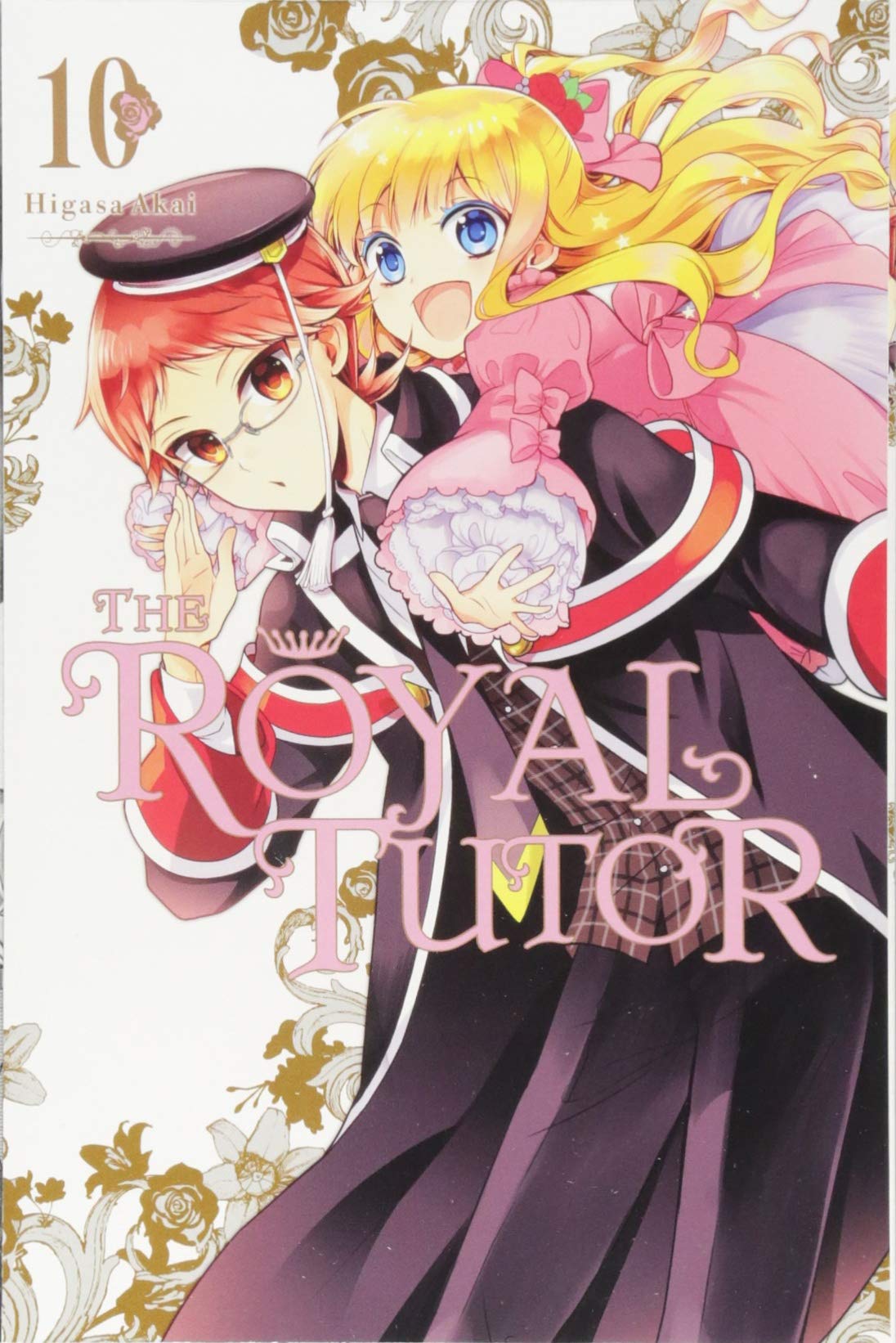 
Three of the princes have left home to study away from the castle and the guidance of Heine, but Leonhard remains, still under the strict observation of the Royal Tutor! Beneath the surface of everyday life lies the fierce will to fight for the right to the throne! With change all about them, now comes the time to grow and learn...
Volume 10 starts off a little bit....tense, as Leonhard has a showdown with Eins, and Eins says some not very nice things about our little cinnamon roll Leonhard. Plus Heine has a showdown of his own with Rosenberg, you guys remember super shady Rosenberg? Well Heine is putting the pieces together about Rosenberg and the other Princes leaving for various different reasons.
As such, Rosenberg finally removes his mask, revealing the real him and he's...rather hostile. Possibly because Heine mentioned that there's some reason the King has for saying Eins isn't fit to be King, which provides us with new intrigue and a new mystery. Plus we get all of Rosenbergs motivations this volume. Yes, that's a plural.
Of course, Royal Tutor is about the Princes and we get to catch up with each of them throughout volume 10. Licht has to learn to cook because he didn't factor in all the things the palace staff did for him before he left the palace. Props to him though, it doesn't make him want to go back and his determination doesn't waver.
Meanwhile Bruno is getting to grips with his own situation, his fellow student Smerdyakov isn't exactly friendly. But he gets the misunderstanding sorted out, and Kai...his biggest problem is the lack of soft things. In short, they're all doing well and loving life.
We get some fun moments as Leonhard goes to check up on Licht, and Adele has an issue with growing out of her clothes. I really feel like things started to heat up as we had the encounter with Rosenberg and Eins, and then it slowed a bit as we caught up with the Princes. Although seeing how they where doing did solidify that Leonhard is the only hope right now, to fight Eins and Rosenberg, but the little detour to Licht and Adele was a bit of a drag before we'd shoot back to Eins and what his mysterious problem is.
I'm getting excited as they're building up this mystery around him, and we've seen a glimpse of the real Rosenberg. I'm waiting for the battle for the throne to begin and to delve deeper into Eins and his mystery. Plus I'm waiting for Leonhard to get his chance to shine!
Posted by Alisha at 10:00