Manga: For The Kid I Saw In My Dreams 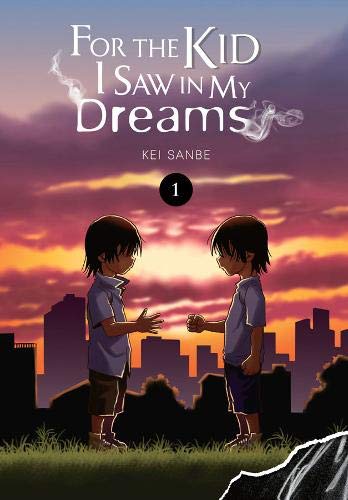 For The Kid I Saw In My Dreams Vol 1
Rating: 3/5
Source: Copy courtesy of the publisher!

Senri Nakajou's twin brother was his everything, the one who protected him from their abusive father, the one whose pain he felt as his own. That is, until the day thirteen years ago when Senri's entire family was murdered before his eyes. He couldn't have cared less about his parents, but without his brother, his world ended. Ever since, finding the killer and making him pay has been Senri's only goal...and now-finally-he's caught a glimpse of a clue...!

The opening of this volume is a little bit chilling as you get to learn all about the murder that sets our main character, Senri, off on his revenge mission. He's quite the little vigilante it has to be said, regardless of what he was really up to with his scheme. There's a nice little twist about he and his twin that was a nice surprise and livened things up a little bit. I'm also wondering if twins may run in the family, but that's me theorising about the murder!

I liked the smooth switches between the present and the past as we built up a picture of what happened and how he became friends with Enan, and then in the present we see him start to pick up a clue and get his first lead. I will admit, for a good chunk of this volume I did find the past more intriguing than the present. I'm really interested to see if Enan is going to stop him from getting his revenge, or stop him from getting it in the way he wants, based on how she was acting in this volume!

This first volume is fairly fast paced, and there's a lot to keep you hooked and lots of questions you'll be asking about this volume! I wasn't a fan of the art style, I have to say, and while I do have questions and was fairly hooked in to the mystery aspect of this...I was also a little bit bored by some parts of this volume.
Posted by Alisha at 13:00

Email ThisBlogThis!Share to TwitterShare to FacebookShare to Pinterest
Labels: For The Kid I Saw In My Dreams, Manga, Manga Review, Manga Reviews, review