Get excited for this WFW!
First up is the next book in a series that I've been reading for a while, I shouldn't really call it my guilty pleasure series, but it kinda is. Either way it's an awesome series and I'm seriously excited for it!
Next up is one of the most awaited books for any Game Of Thrones fan, maybe it'll tide you over until the next book, but then again...maybe not. 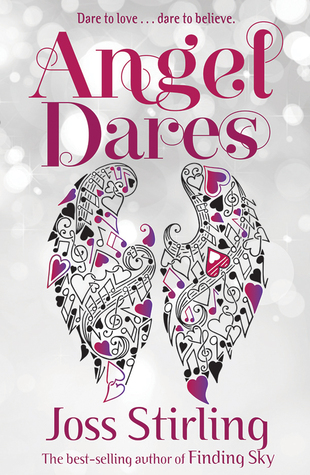 Angel is impulsive. Disguising her savant ability to control water doesn't come easily to her. Then she meets the broodingly handsome Marcus at a music festival where they're both performing, and finds herself all at sea. For when he sings, her soul answers with its own music. Like the tide, their mutual attraction cannot be held back, but Marcus's mistrust of Angel's gift is even stronger. How can they ever be together if Marcus is unable to accept who Angel is or what they could mean to each other? And with the net closing in on the Savant community it's time for everyone to choose a side.

Angel Dares is out October 1st, pre-order your copy....here!
Add it to your TBR....here!

A Knight Of The Seven Kingdoms

Taking place nearly a century before the events of A Game of Thrones, A Knight of the Seven Kingdoms compiles the first three official prequel novellas to George R. R. Martin’s ongoing masterwork, A Song of Ice and Fire. These never-before-collected adventures recount an age when the Targaryen line still holds the Iron Throne, and the memory of the last dragon has not yet passed from living consciousness.Before Tyrion Lannister and Podrick Payne, there was Dunk and Egg. A young, naïve but ultimately courageous hedge knight, Ser Duncan the Tall towers above his rivals—in stature if not experience. Tagging along is his diminutive squire, a boy called Egg—whose true name (hidden from all he and Dunk encounter) is Aegon Targaryen. Though more improbable heroes may not be found in all of Westeros, great destinies lay ahead for these two . . . as do powerful foes, royal intrigue, and outrageous exploits.

A Knight Of Seven Kingdoms is out October 6th, pre-order your copy...here!
Add it to your TBR....here!